Just as you open your beer and go to fire up the grill on a Friday night you realize the tank is empty – bummer. So you run to the store; there’s traffic, it’s crowded, the lines are long and an hour later you're finally back home and just getting started. Just as one thing can hold you up on a Friday night, e-commerce and retail fulfillment operations have to pull together all the different items associated with a single order prior to packaging and shipping it. In both cases, the recipient will be inconvenienced (at best) or upset (at worst) if something is missing or incorrect.

In order fulfillment, many operations first transition to a parallel, zoned picking process to maximize each individual picker’s productivity. This minimizes travel and speeds order picking, as associates are stationed within a given zone of a warehouse. They pick only from the SKUs stored in that zone, then place each pick in a tote transported by conveyor or cart to meet up with other zoned picks in an order consolidation area. This approach:

Once the different products required of each order are picked, however, the challenge begins: assembling the orders in an efficient, accurate, and fast manner. To truly maximize zoned picking, a thoughtful consolidation area is key. This area needs to be carefully designed to handle spikes in demand while optimizing both space and productivity.

While it’s important to consider the order consolidation area as its own zone, many operations don’t make this area as efficient as it could be. Frequently, this zone takes up considerable floor space, labor and capital. That’s either because the systems used are comprised of either static, shelf-based systems spread across an enormous amount of square footage—and their contents must be tracked and located manually—or highly automated sortation systems that, while fast and accurate, aren’t always cost effective.

One practical approach is to use horizontal carousel technology, traditionally known for fast goods to man order picking, as the foundation of an order consolidation system. These high-density automated storage and retrieval units can hold much more waiting inventory in a smaller footprint than static shelving at a far more affordable price point than highly automated systems. Combined with order consolidation software and light-directed pick technology, horizontal carousels deliver an ideal balance of cost, space and productivity when temporarily storing items awaiting additional picks prior to shipping.

With horizontal carousels, the order consolidation process looks like this: 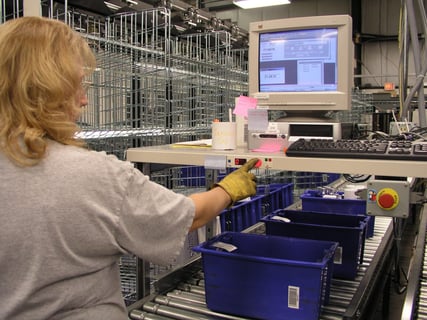 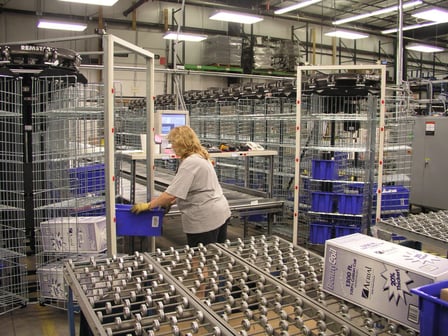 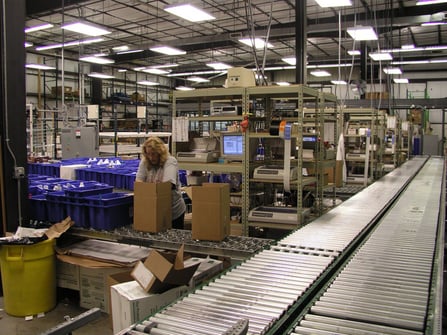 Interestingly, if an order consolidation system outfitted with horizontal carousels is working well, the carousels themselves are rarely completely filled. Rather, the operation’s order fulfillment software distributes the picks in a way that ensures the items arrive at order consolidation within 30 to 60 minutes of each other. Otherwise, the overall zoned picking process is not as efficient as it could be and further analysis (and possible restructuring of zones) should be considered.

In addition to creating a fast, efficient and accurate way to buffer order totes in a reduced footprint, the horizontal carousel system can be easily scaled up as business expands.

Wondering if order consolidation would work in your operations? Check out this example of a customer using batch picking at their facility: 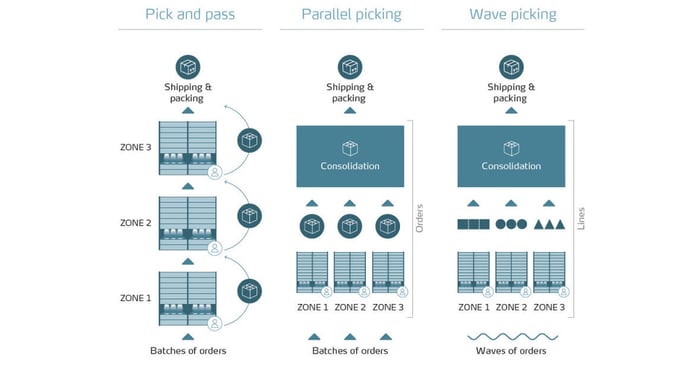 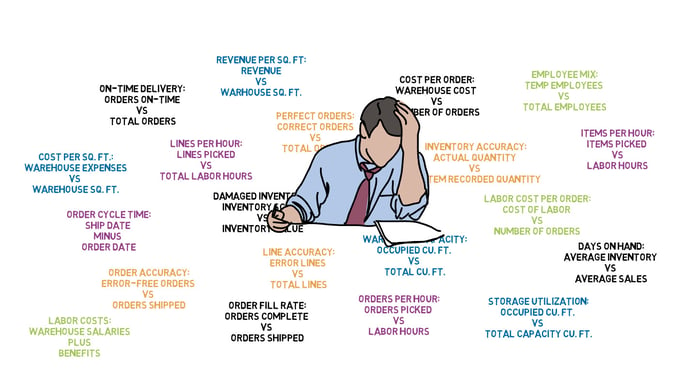 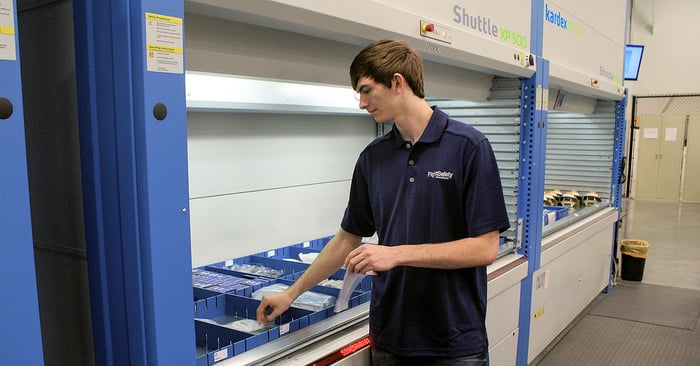 Would you like to translate this page? Accept Decline