Operations managers have always been told “You want to pick orders faster – batch ‘em!” And if you’re already batch picking and you need even more throughput? “Better expand your order fulfillment system.”… but not anymore.

A clever twist on batch picking, Cross Picking Systems double batch sizes for a big throughput boost within the same footprint. This “batch picking on steroids” approach can increase picking speeds by 30% over traditional batch picking strategies. Cross Picking Systems allow orders to be filled from two zones without physically moving the order totes from zone to zone – basically you’re allowing an operator to pick from one zone but put into two zones.

The concept is simple: Two pick zones — comprised of Vertical Buffer Modules, Vertical Lift Modules, Vertical Carousel Modules or Horizontal Carousel Modules — are positioned face-to-face. In the middle of the two pick zones is a batch station consisting of a side-by-side roller conveyor with a series of alternately angled flow racks (also called slides) on top. Atop the conveyor and beneath the slides sit two rows of order totes, back-to-back — one for each pick zone. The entire system is light-directed.

Just as in standard batch picking...

But with Cross Picking...

Because of the face-to-face configuration and the angled slides, items are picked from the pod in which they are stored, but can be used to fill orders in both pods without physically moving the order totes. The Cross Picking System eliminates the need to pass an incomplete order from one pick zone to the next, saving time and increasing throughput. 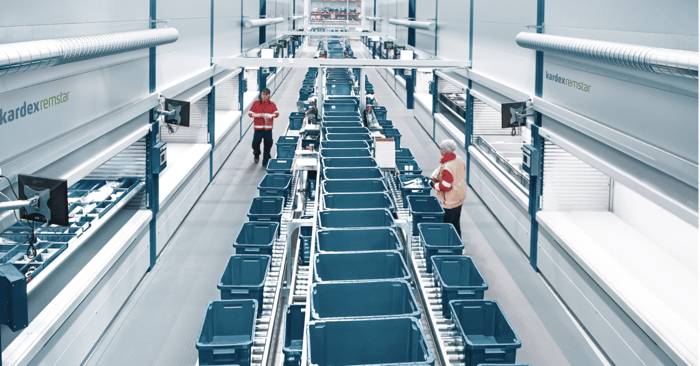 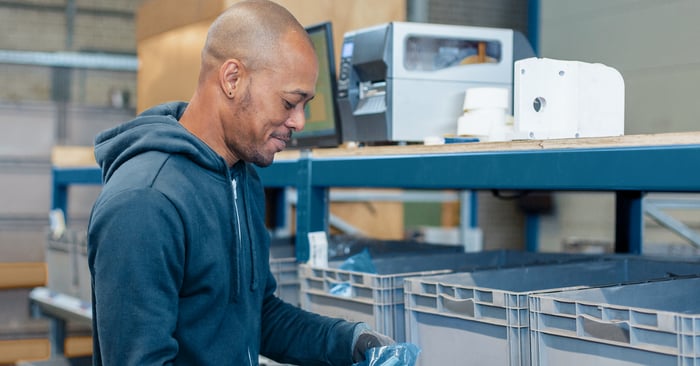 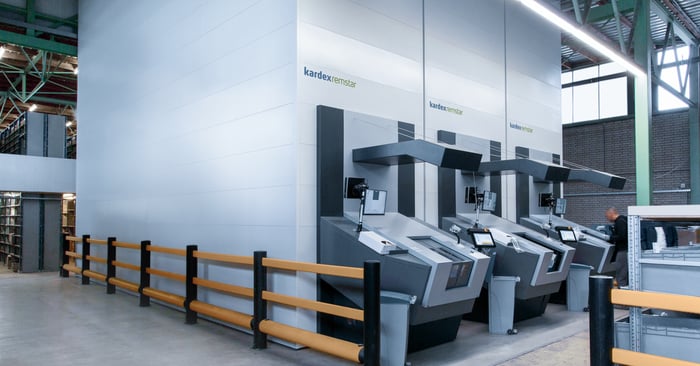