Ask any warehouse manager to share what’s keeping them up at night, and they’ll tell you straight out: it’s really tough to find skilled, reliable employees.

And even if you hire someone, warehouse workers quit at a rate of 43% and according to Kane Logistics each worker costs a minimum of $8,600 to replace. Relying on a labor pool that's known to move to the next facility just down the street for an extra $0.80/hour isn't a solid strategy.

What’s a warehouse manager to do? Consider a flex labor strategy. That means designing your operations to be managed by a few core, full-time, well paid employees, then scale up at peak times (daily and/or seasonally) with part-time or temporary labor to handle periods of high demand.

Realize a Productivity Boost with Automation

With one or more ASRS in your operation, you eliminate the walking up and down aisles associated with finding and picking items from static shelves. Labor-intensive and costly, picking orders this way can cost as much as 55% of total warehouse operating expenses. That’s because walking—not picking—accounts for as much as 65% of an associate’s time in a conventional, manual warehouse.

Adding an ASRS leverages the all-important goods-to-person method of presenting required items right in front of the picker, who now only has to take a few steps at a time to fill orders. That immediately means less time spent walking, and more time spent picking.

Create Pods of Automation for Even Higher Productivity Rates

If several of these machines are grouped together in what’s called a “pod,” picking gets even faster. That’s because as the stored inventory rotates to the picking point of one unit, the operator can be picking from another machine sitting just a few feet away. Adding indicator lights that point to a needed item’s location speeds things up even further, as does utilizing on-board software to sequence machine movement to match required picks.

Depending on the level of automation you install, you’ll optimize your current labor force and boost productivity anywhere from 200% to 600%. Because an AS/RS lets just one worker handle the picking assignments of several associates, you can reassign as much as two-thirds of your workforce to other, non-picking tasks—without a loss of throughput. (Or, you can use the automation to compensate for scarce or unreliable labor.) This productivity boost is what enables a flex labor strategy.

Then, Use a Flex Labor Strategy To Meet Peak Demand

Now that you’re working lean and mean, you are able to implement a flex labor strategy via your inventory management software to handle spikes in demand. During peak times of day or peak seasons, you “flex” your workforce, adding part-time or temporary workers to help maintain that high level of throughput during your busiest periods.

For example, during periods of typical demand, a pod of six automated storage units can be treated as one work zone managed by one operator. When demand spikes, however, you can easily split the six storage units into TWO work zones within the inventory management software, then assign two employees—one to each of the two work zones—to fill orders faster by doubling your throughput.

And, pods don’t have to be broken in to equal numbers of machines. Based on your slotting, in a pod of 10 machines typically picked by two associates during routine throughput periods, it may be more effective to have two workers each assigned to three separate storage units with faster moving products, and a third worker assigned to four units with slower moving products during peak periods. Regardless of what configuration works best for you, flexing work zones and labor is easily managed in the software with a click of a button.

So how does this work in reality? Consider these examples:

Concerned about training new or temporary workers walking into your flex system? Don’t be. When these automated machines are outfitted with the indicator lights mentioned before, they make it super easy for someone unfamiliar with your operations to learn how to pick from them. After a brief introduction to the equipment, new personnel can become highly productive in just a few minutes. 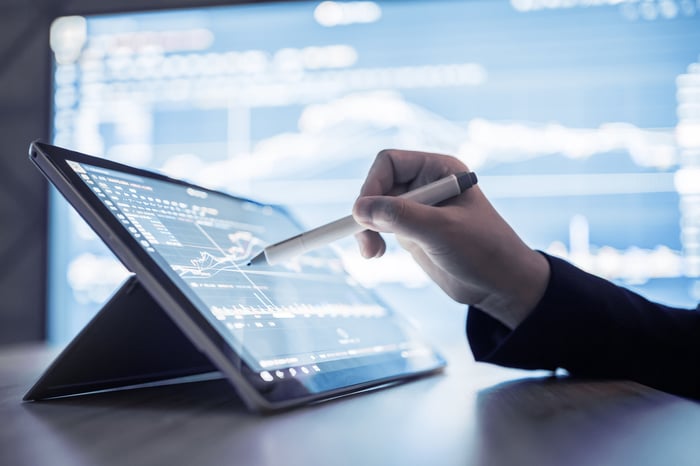 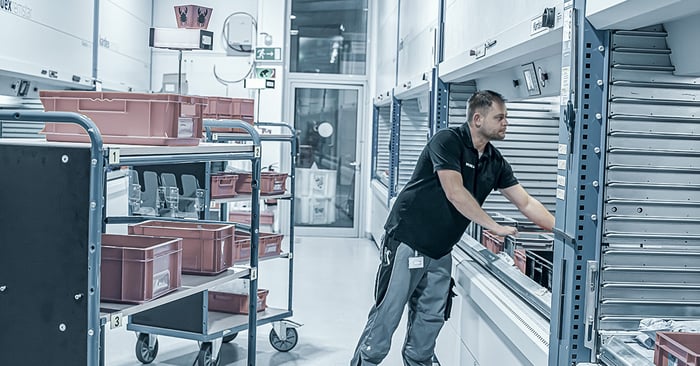 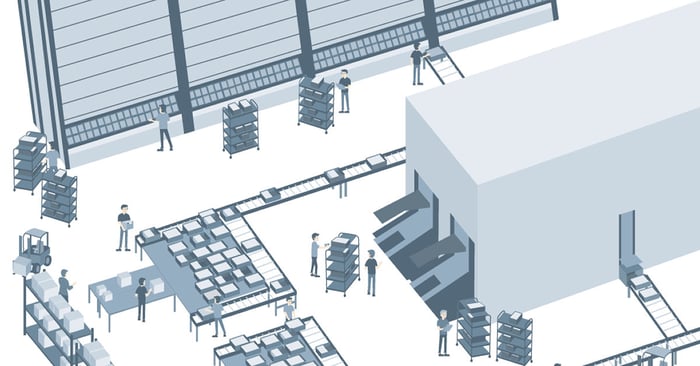